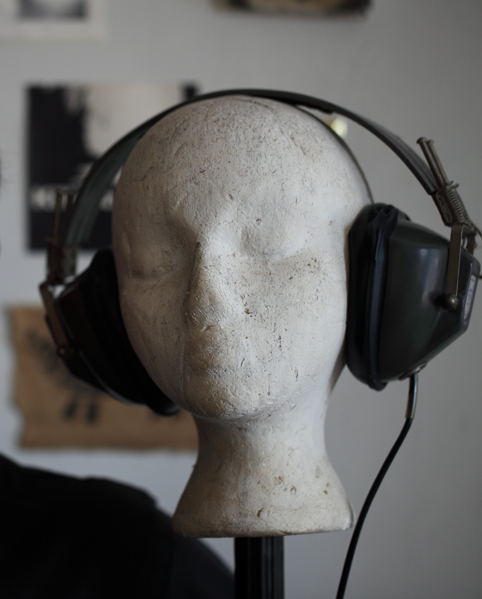 Twenty-six years ago a group of artists in Bloomington, Indiana got together to celebrate an empty bus garage and Halloween. 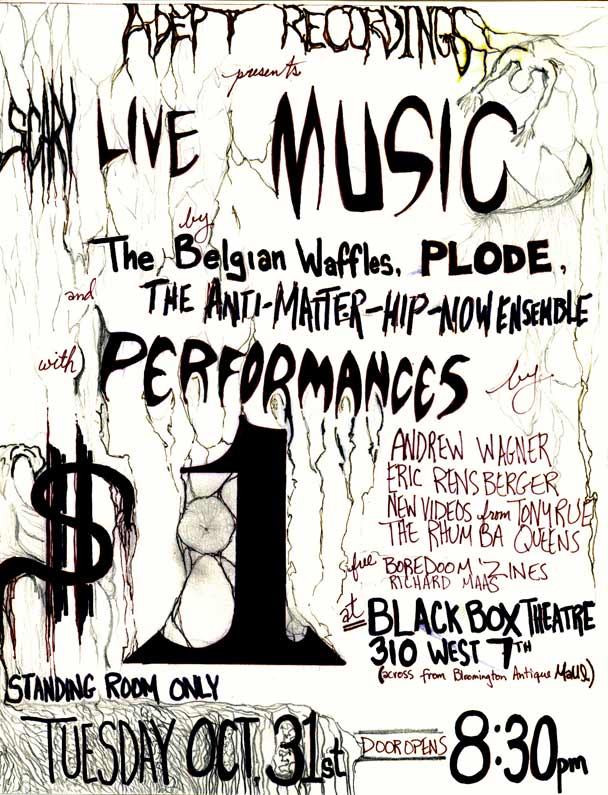 The concert took place January 20, 2007, at the University of Louisville Red Barn.

This edition of the adept recordings radio hour focuses on recordings made "in the field". Early in the 1990's, the Sick City Trio were asked to be the crew for a documentary film entitled, "Missouri 149", produced and directed by Brooks Bushnell. Heather mainly ran the camera, I mainly recorded sound and Chris did both camera and sound. Almost 200 reels of audio tape were recorded during the year-long production and afterwards I was able to dub a few of them for personal keep-sakes because all of the gear and materials were going away.

The time I had to transfer tape was short, so I picked the recordings that meant the most to me: the sounds of cows, ghost towns, old timey songs & church hymns, story telling, water and the ever present wind. You'll also hear the crew scouting locations, Brooks giving direction, wind up Bolex 16mm cameras clicking and whirring, dishwashing machines (a sound recordist's nightmare). But I've left all that in because it shifts the focus to the crew at work "in the field".

Life at the end of a shot-gun microphone can be a strange one, if not downright surreal. The sound you hear is louder, more focused and detailed than anyone else's perception in the room or out in the wild. Many times I could hear something before I could visually locate it. Even if it was right in front of me. And you could completely "get lost" while amplifying the tiniest soundscape.

Thanks to Brooks Bushnell for the opportunity to make these recordings and for his permission to let you hear them.

Sounds organized by another human being.

This is program number two. Newly released, re-released and unreleased.

What planet is this anyway?

Welcome to program number one. This time we present the electronic audio seance that is 4-Track Mind.